Ruth Maleczech of Mabou Mines, circa 1982 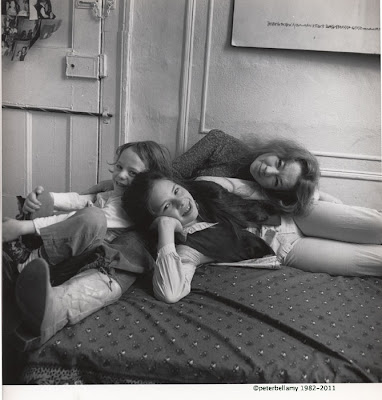 Posted by peter sumner walton bellamy at 2:40 AM No comments: 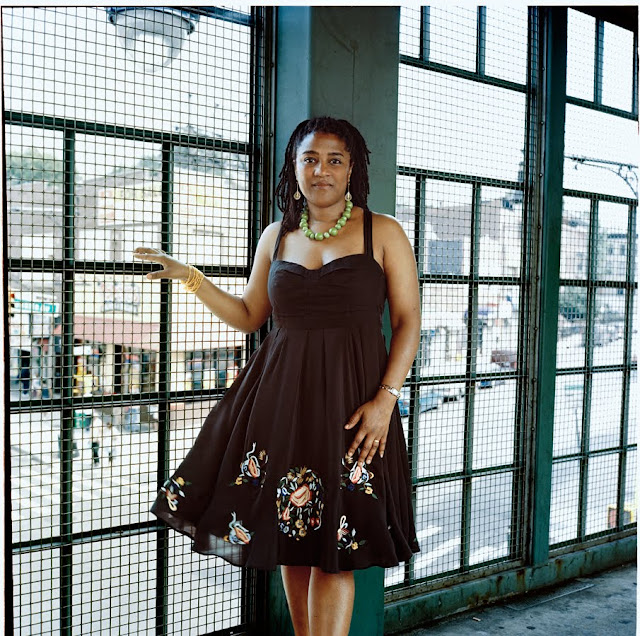 RUINED
SALIMA:
He called me a filthy dog, and said I tempted them. Why else would it happen? Five months in the bush, passed between the soldiers like a washrag. Used. I was made poison by their fingers, that is what he said. He had no choice but to turn away
Do you know what I was doing on that morning?
I was working in our garden picking the last of the sweet tomatoes. I put Beatrice down in the shade of a Frangipani tree, because my back was giving me some trouble. Forgiven? Where was Fortune? He was in town fetching a new iron pot.
"Go," I said "Go, today man or you won't have dinner tonight!" I had been after him for a new pot for a month. And finally on that day the damn man had to go and get it. A new pot. The sun was about to crest, but I had to put in another hour before it got too hot. It was such a clear and open sky. This splendid bird, a peacock had come into the garden to taunt me, and was showing off its feathers. I stooped down and called to the bird. "Wssht, Wssht." And I felt a shadow cut across my back, and when I stood four men were there over me, smiling, wicked schoolboy smiles. "Yes?" I said. And the tall soldier slammed the butt of his gun into my cheek. Just like that. It was so quick; I didn't even know I'd fallen to the ground. Where did they come from? How could I not have heard them?
One of the soldiers held me down with his foot. He was so heavy, thick like an ox and his boot was cracked and weathered like it had been left out in the rain for weeks. His boot was pressing my chest and the cracks in the leather had the look of drying sorghum. His foot was so heavy and it was all I could see, as the others..."took" me. My baby was crying. She was a good baby. Beatrice never cried, but she was crying, screaming. "Shhh" I said. "Shhh." And right then...
(A moment)
A soldier stomped on her head with his boot. And she was quiet.
(A moment. Salima releases-)
Where was everybody? WHERE WAS EVERYBODY?!
Posted by peter sumner walton bellamy at 8:46 PM No comments: